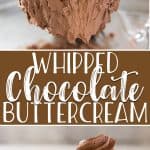 You NEED this easy, fluffy Whipped Chocolate Buttercream Frosting recipe in your back pocket for all of your delicious baked creations! Made with cocoa powder, it’s whipped up with heavy cream – making it the lightest, silkiest buttercream you’ll ever taste! 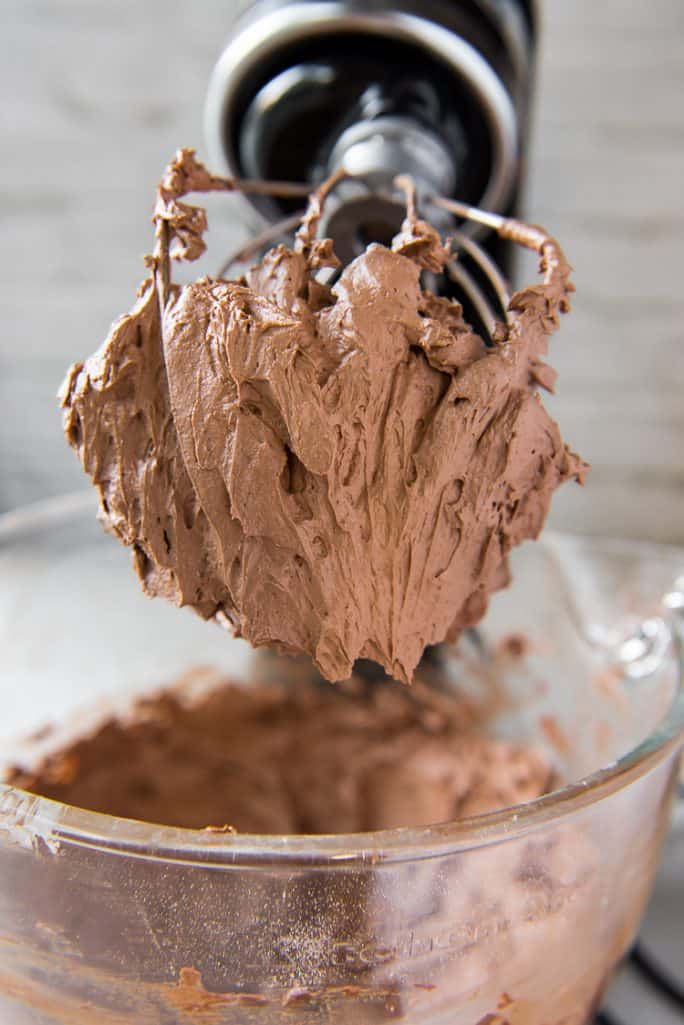 This post first appeared on Real Housemoms, where I am a contributor.

Do you have any idea how many frosting recipes there are in the world?

Everything from whipped cream to cream cheese to the various European buttercreams, cooked frostings, ganache you can whip, meringues…the possibilities and flavor profiles are nearly endless!

Having grown up in a house that constantly had an array of sweets in it at any given time, I developed quite the sweet tooth.

As I’ve gotten older, I gravitate less towards baked goods, but I’d be lying if I said I didn’t still lick the spatula after making a frosting – especially if it’s this Chocolate Buttercream Frosting.

JUST TAKE ME TO THE WHIPPE CHOCOLATE BUTTERCREAM FROSTING ALREADY!

If you’d rather skip my (pretty darn helpful) tips and tricks, essential cooking info, and similar recipe ideas – and get straight to this deliciously easy chocolate buttercream recipe, just scroll right on down to the bottom of the page where you can find the printable recipe card! 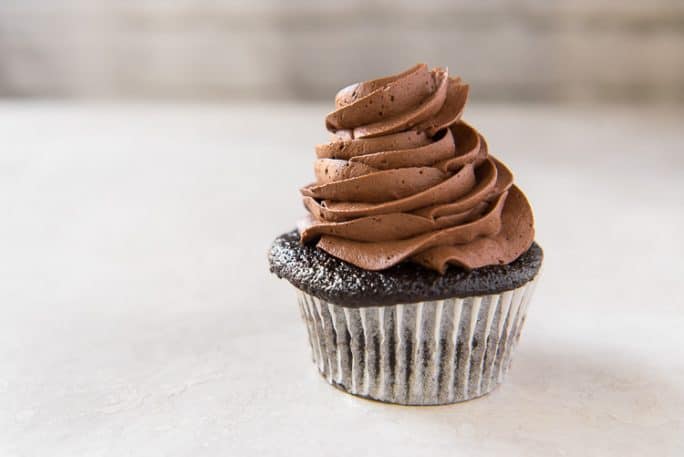 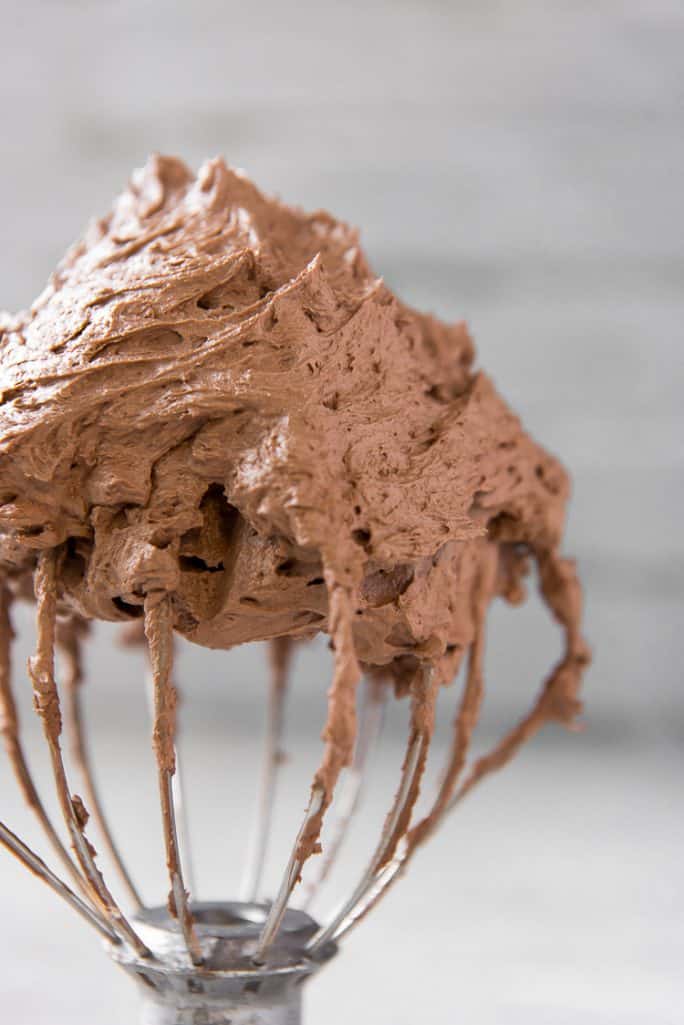 This recipe is an American buttercream, which is a combination of fat (butter in this case, but shortening can also be used) and powdered sugar.

American buttercream is known to typically be overly sweet and sometimes slightly grainy.

That’s not how it has to be, though!

Balancing out the sugar and smoothness is really easy once you know the order and ratios – and I’ve cut out the guesswork here by telling you how I do it!

The result is a ridiculously fluffy, chocolatey buttercream that spreads beautifully on any cake, but holds up like a champ when piped on a batch of fresh cupcakes…or any other dessert you put it on! 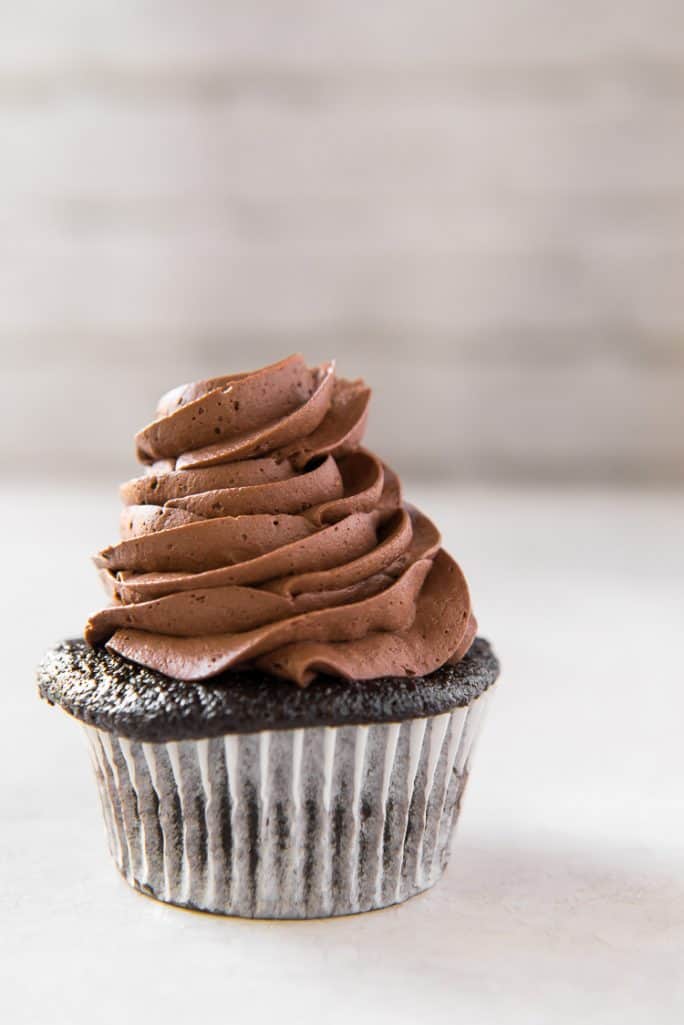 What Can You Use Whipped Chocolate Buttercream On? 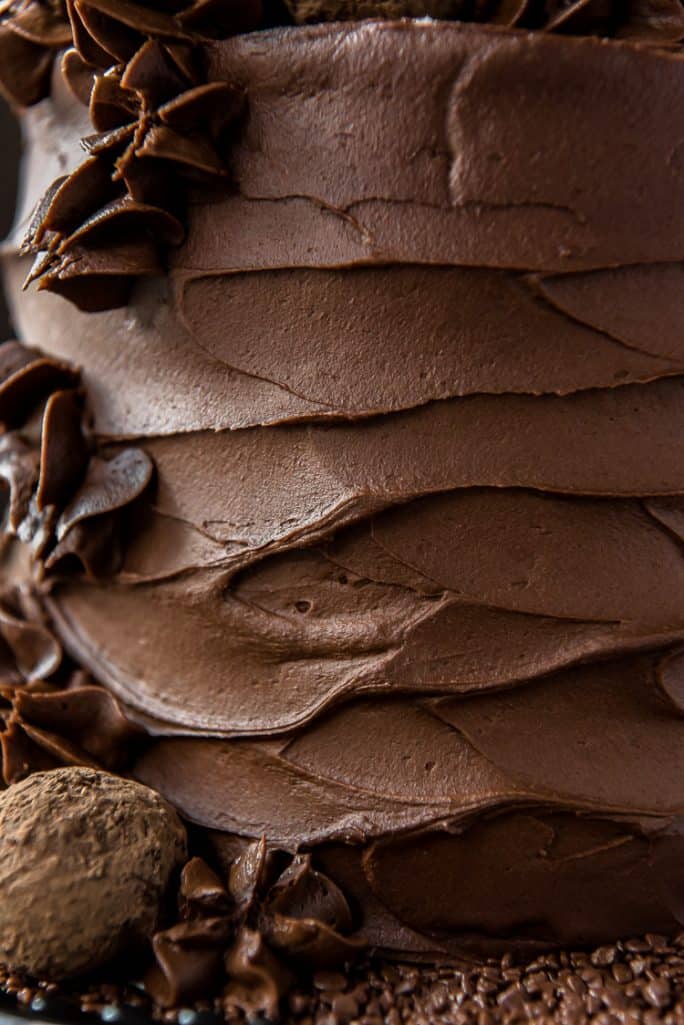 If you’re looking to switch up the flavor profile of your cake, cupcakes, or cookies, try one of these combos next time you’re in a baking mood:

You can also swirl your chocolate buttercream with another frosting flavor! Raspberry buttercream is a delicious pairing, and so is a standard vanilla frosting.

Can You Make Buttercream Frosting In Advance? Can You Freeze It?

Buttercream frosting can be made up to 3 days in advance. After whipping, place the frosting in an airtight container and seal. Place in the refrigerator until ready to use. Bring to room temperature and mix well before frosting your dessert.

This recipe will yield about 2.5 to 3 cups of frosting. This is enough to pipe on 16-18 cupcakes or fill and ice a 3-layer 6-inch cake. If you need more, go ahead and double or even triple the recipe.

If you find you’ve made too much, American buttercream freezes wonderfully! After whipping, spread the frosting in an even layer in a freezer-safe container, or wrap it in plastic wrap and place it in a zipper bag. When you’re ready to use it, thaw the frosting overnight in the refrigerator. Bring it to room temperature and mix well before frosting your dessert. 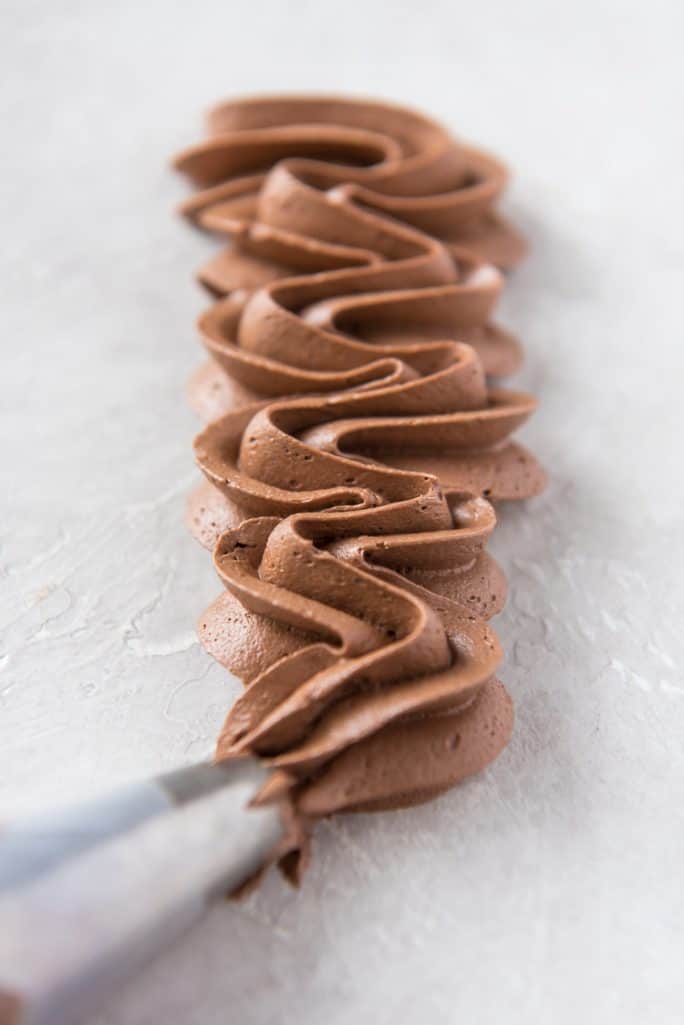 How to Make the Fluffiest Chocolate Buttercream Frosting

The trick is in the mixing order and HOW LONG you whip it! 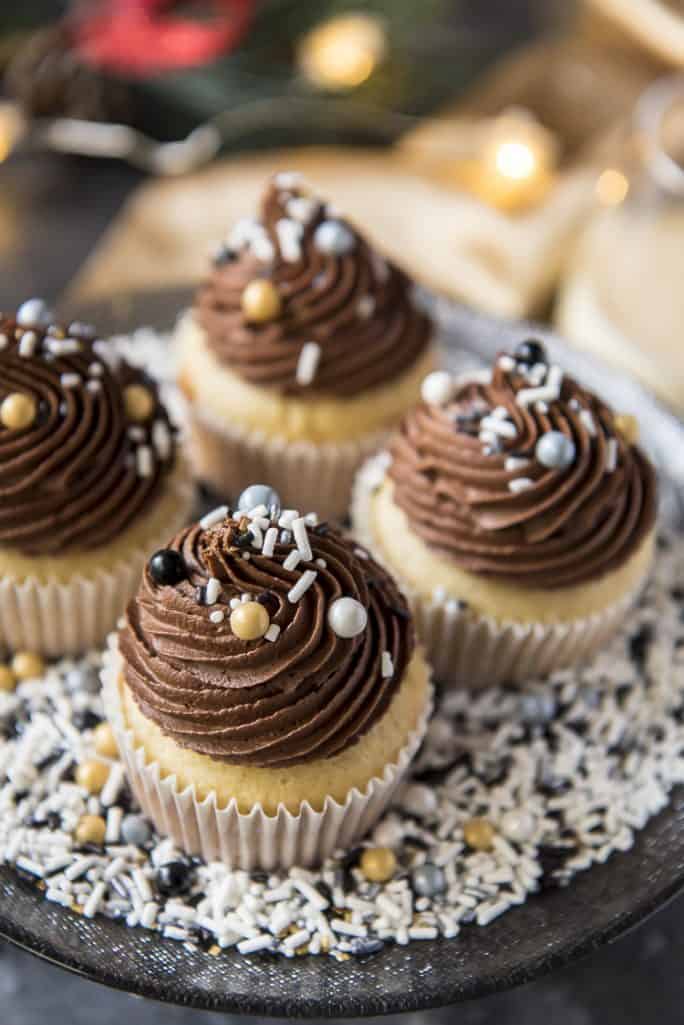 LOOKING FOR MORE CHOCOLATE DESSERT RECIPES TO TRY THIS FROSTING ON? 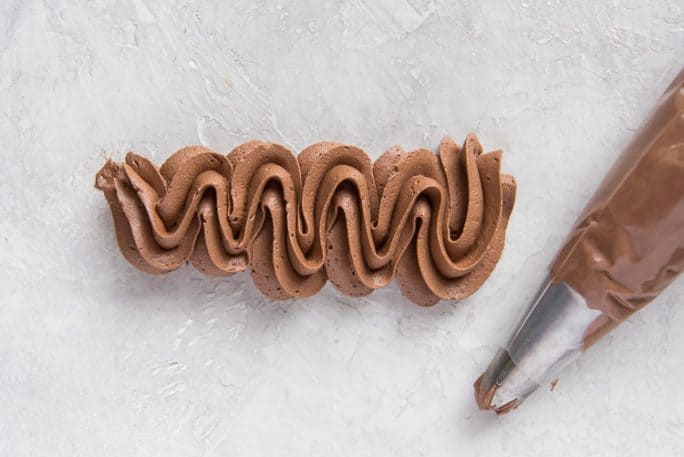 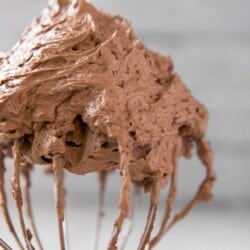 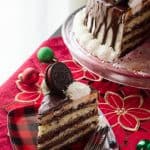 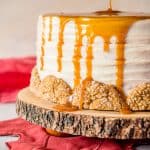 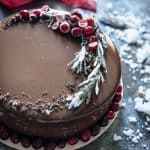