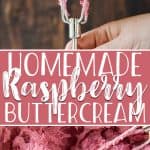 This homemade Raspberry Buttercream frosting will lend a fruity kick to any baked goods! Naturally colored with a puree of either fresh or frozen raspberries, this buttercream recipe belongs in your baking repertoire! 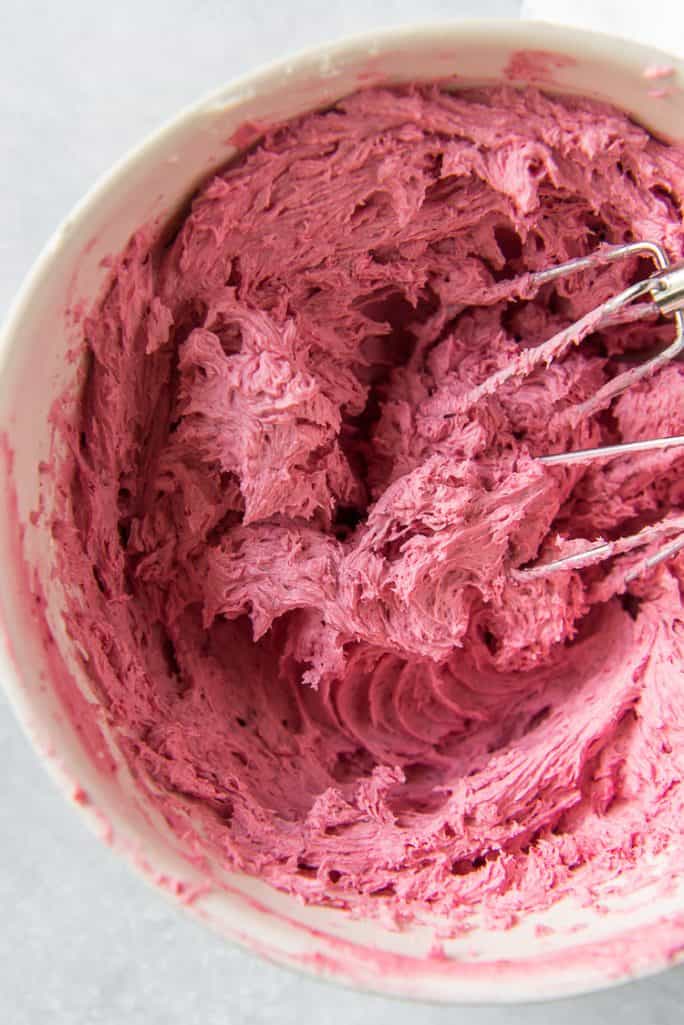 Tell me I’m not the only one who – at almost 35 – still licks the spoon when I make batters & frostings.

There’s something incredibly nostalgic and comforting in that simple action. Even with cookie dough – I have to leave myself a tiny bit in the bowl to nibble before I do the dishes.

So, maybe batters and doughs aren’t the best habits to encourage.

But I wouldn’t be against eating this raspberry frosting just like ice cream. Who needs cake?

JUST TAKE ME TO THE RASPBERRY BUTTERCREAM ALREADY!

If you’d rather skip my (pretty darn helpful) tips and tricks, essential cooking info, and similar recipe ideas – and get straight to this deliciously easy raspberry buttercream recipe, just scroll right on down to the bottom of the page where you can find the printable recipe card! 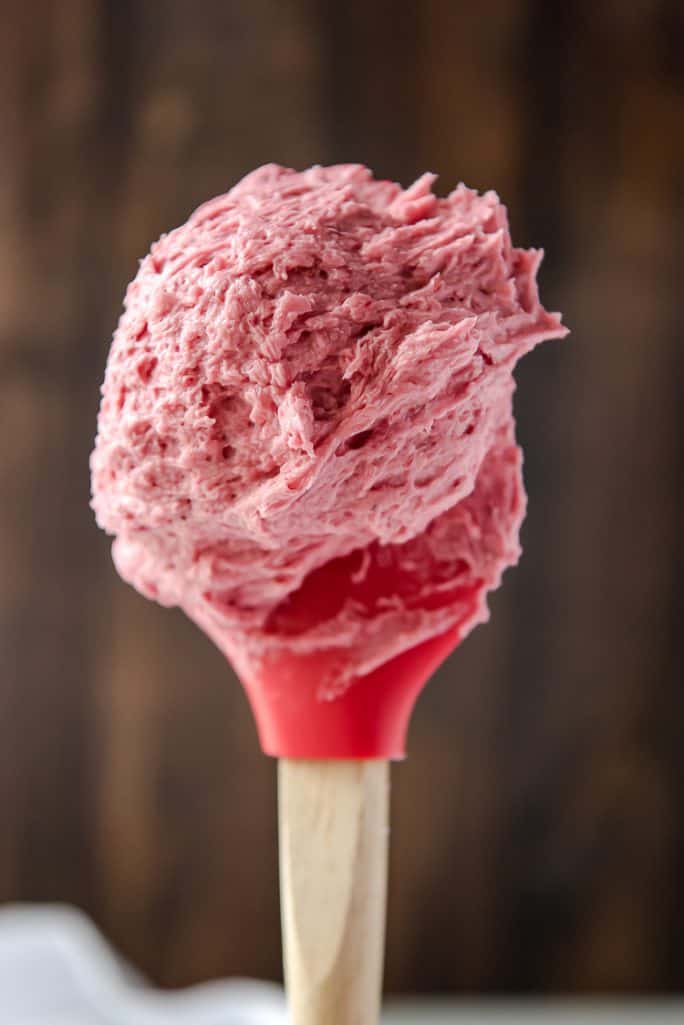 After almost five years of blogging, and with dozens of cake and cupcake recipes in the archives, would you believe I still haven’t shared a frosting recipe on its own??

I have used SO many different types of icings over the years, and the recipes are here – you just have to dig for them.

2019 is the year I start fixing that! And we’re gonna start with the prettiest, pinkest frosting I know!

This Raspberry Buttercream is one of my new favorites! I used it on a batch of cupcakes for Valentine’s Day, and I know I’ll be coming back to it again very soon. 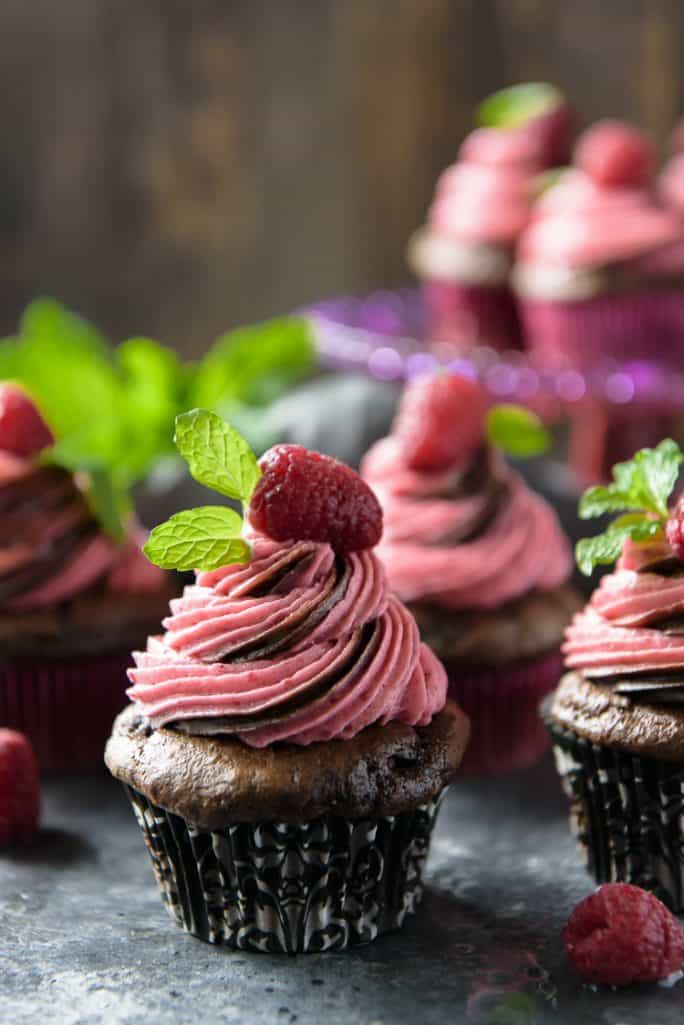 I’m a sucker for raspberries, and there is a ton of sweet-tart berry flavor in this otherwise sweet American buttercream.

AND let’s not ignore the fact that this buttercream recipe is naturally flavored and colored! That’s right, there’s zero food coloring in this dreamy pink frosting – you don’t need any at all.

I know – you’re definitely making this buttercream. Now all that’s left is to decide…

What To Use Raspberry Buttercream On?

Well, aside from my suggestion of just eating with a spoon? Try it on one of these sweet treats:

How To Make Raspberry Buttercream

First, make your raspberry puree. Place raspberries and water in a small saucepan over medium heat and bring to a boil. Cook for 4-5 minutes, stirring & mashing the berries often, until the liquid boils out and all that’s left is a puree. Remove from heat – you can strain the seeds if you’d like to – and allow to cool completely. 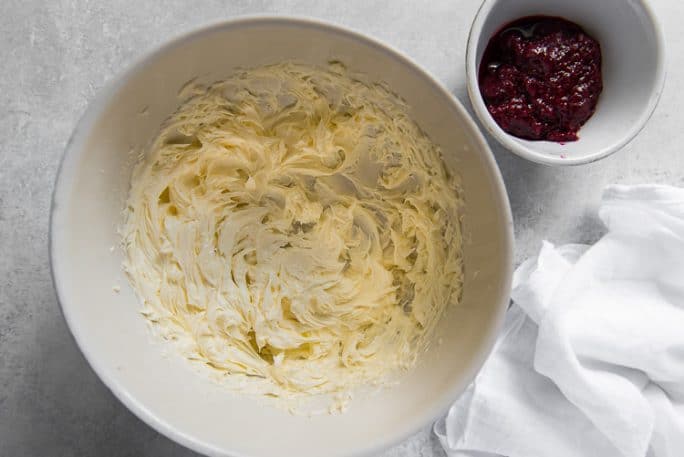 Next, in a large bowl or in a stand mixer fitted with a whisk, whip the butter for 3-4 minutes until it’s light and fluffy. Add 1 cup powdered sugar and whip until just blended. 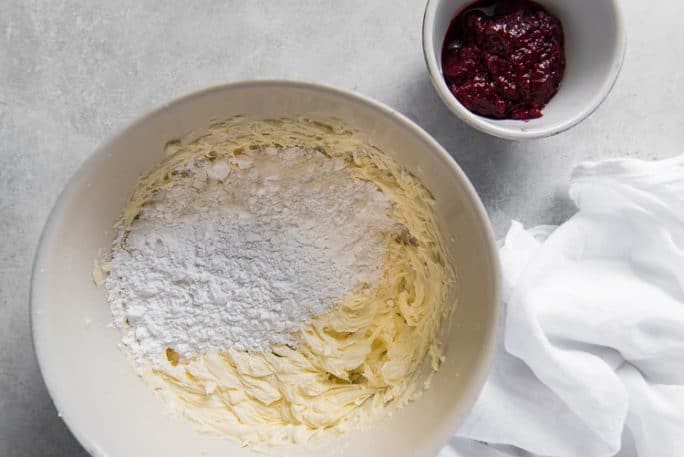 Then, add in 2 tablespoons of the raspberry puree and the vanilla. Beat until the mixture is just combined. Repeat 2 more times with the remaining powdered sugar and raspberry puree. 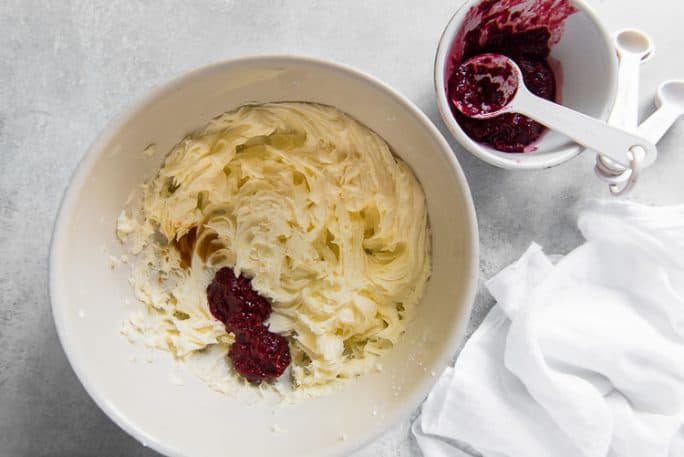 Finally, add the heavy cream in a slow drizzle. When the mixture is mostly combined, scrape down the bowl, then whip 4-5 more minutes on medium-high speed, or until the buttercream is light and fluffy. 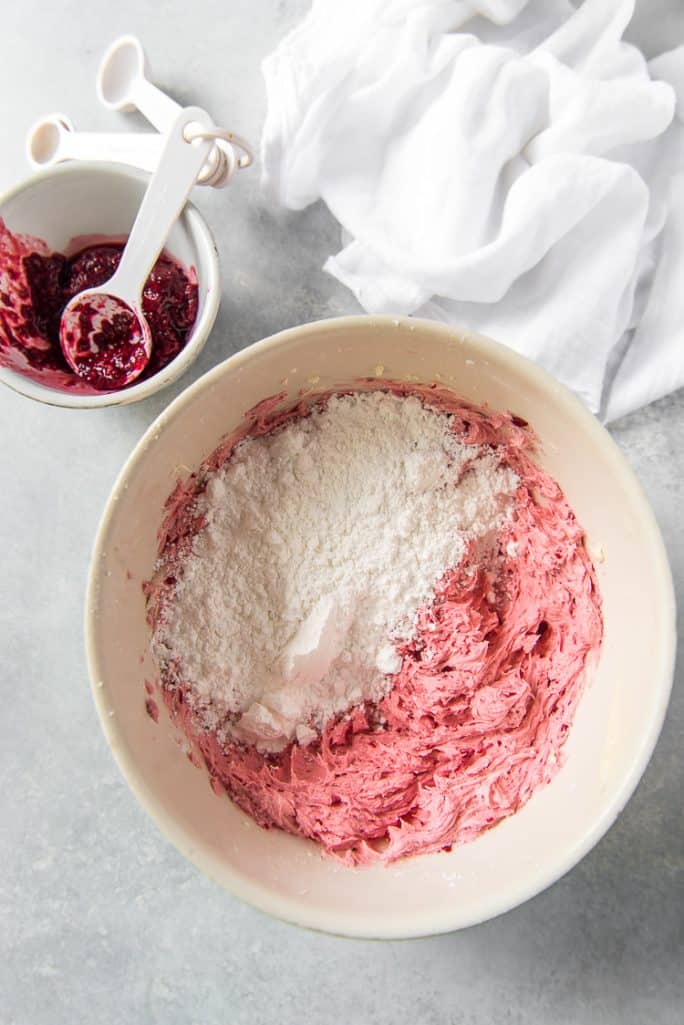 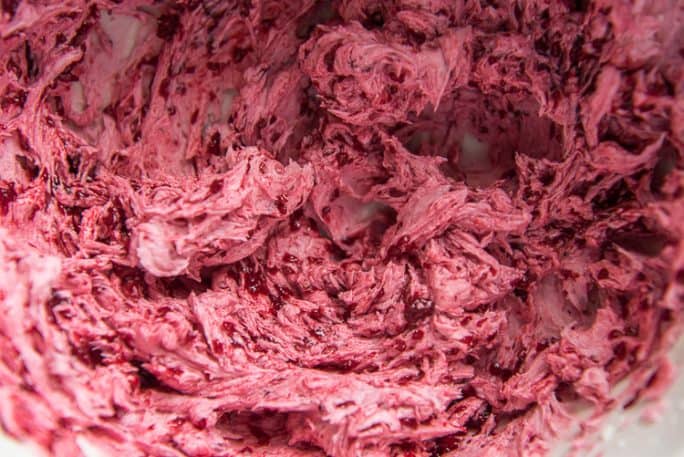 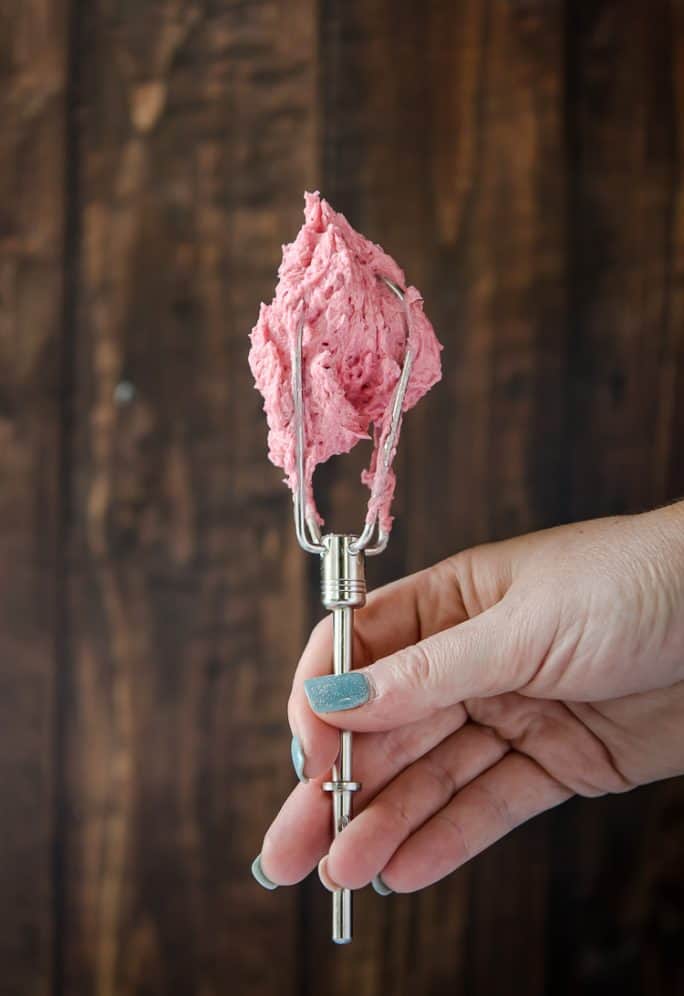 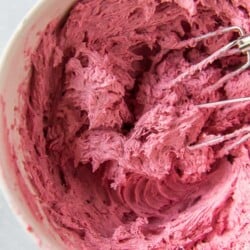 PIN THIS RASPBERRY BUTTERCREAM FOR LATER!