Think pink! These delightful maraschino cherry chocolate chip cupcakes are topped with a fluffy pink chocolate buttercream, and were baked (and eaten!) for a great cause! Have you ever wanted to get involved in something?

And no, I don’t mean a relationship or an argument – I’m talking about a cause. My day job company is involved with charities all through the year, everything from United Way to March of Dimes, so I’m very familiar with working for a good cause. Usually it involves asking for donations, building homes, and getting people to sponsor you on a walk – all very effective ways to raise money to help those in need, but this year, I’ve found my very favorite way to participate!

KitchenAid (makers of my very favorite baking appliance) put out the call to Cook for The Cure, and I answered with these very pink (and tasty) Cherry Chocolate Chip Cupcakes with Pink Chocolate Buttercream, complete with pink maraschinos! You can be a part of #10000cupcakes, too! Read on! October is Breast Cancer Awareness month, 4 and as a woman, this is a topic that is very important to me. Did you know that almost 300,000+ new cases of breast cancer (both invasive and non) will be diagnosed in 2015? And one out of every eight women will develop breast cancer in their lifetime.

After melanoma, breast cancer is the most common form of cancer in women, and over 40,000 women in the U.S. are expected to die from it this year. But there is a light at the end of the tunnel. Thanks to organizations like the Susan G. Komen Foundation, and contributions from companies like KitchenAid, research has helped to raise awareness, which has resulted in earlier detection through screening – and death rates have been decreasing steadily since 1989.

So, how does baking cupcakes help treat breast cancer? Aside from making a patient smile, it has no practical treatment – but the awesome folks at KitchenAid launched a new social media-based program called 10,000 Cupcakes this month, to support Cook for the Cure.

The 10,000 Cupcakes campaign encourages cooks to bake up a cupcake recipe, snap a picture of the finished product and share it on Twitter or Instagram using the hashtags #10000cupcakes and #donate.
For of the entire month of October, KitchenAid will donate $1 for each and every cupcake photo that’s shared up to $10,000! Who would have ever thought you could make such a difference by baking cupcakes? If you’re not the baking type, there are other ways you can help! Host a Cook for the Cure party, and encourage your friends to bring cupcakes (or other delicious yummies) to support the cause. KitchenAid has even created a party kit to help you get the ball rolling!

If you can’t throw a party, KitchenAid also hosts cooking classes, auctions, and special events where 100% of the donations go toward funding breast cancer research. They even have a Pass-the-Plate program, where with every special Villeroy & Boch plate registered and passed, KitchenAid will donate $5 to the Susan G. Komen Foundation. Of course, you could also head to hhgregg and buy up every single one of their adorable pink KitchenAid products, too, and show your support in your own kitchen year-round.

That food processor is calling my name, guys. And I’ve really been needing an immersion blender… 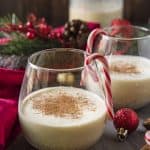 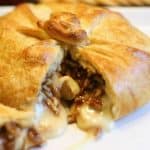 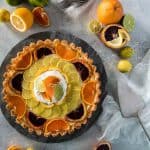