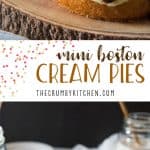 There’s nothing quite like a classic Boston Cream Pie…since it’s actually a cake! Rich, thick pastry cream is sandwiched between two layers of buttery yellow cake, then topped with a dark chocolate glaze. 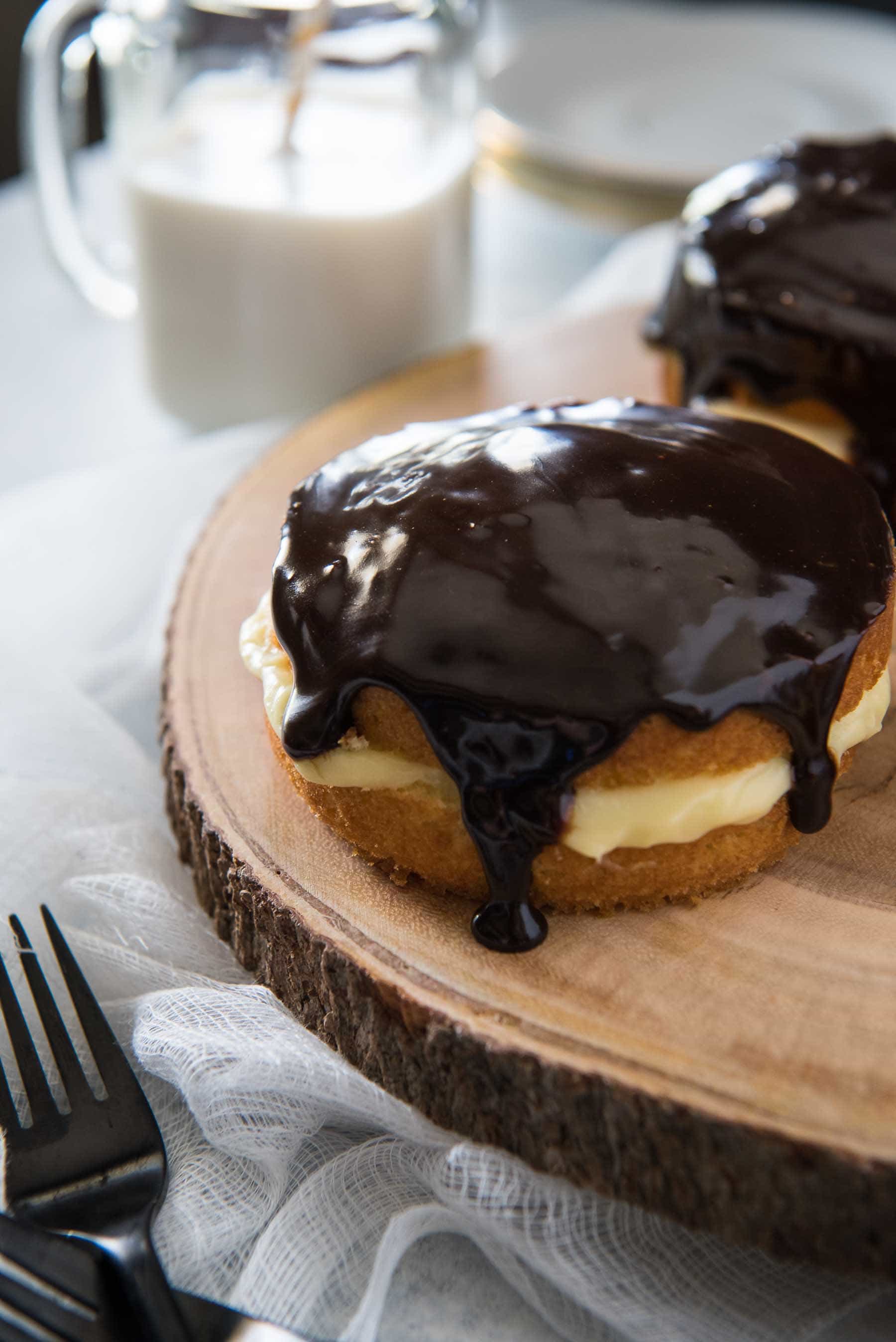 We’re over the hump! Happy unofficial summer, friends! Memorial Day has come and gone and, at least in Florida, we’ve already been calling it summer for weeks.

Obviously, that means…a lot of indoor activities, in my case. I love being outside, but not in 95-degree plus heat. Instead, I’ll be spending a good part of the next 5 months playing in the kitchen and sharing tasty new recipes with you as often as possible.

I’ll also probably be bingeing a lot of TV at the same time. When I was younger, the idea of watching anything on DiY, HGTV, or The Food Network would cause my nose to turn up in disgust. Who would waste their time watching people craft and cook?

Obviously, over the last few years, I have come to terms with the fact that I’ve become the very person I scoffed at before. Now, if I’m not watching a sitcom or Game of Thrones, I’ve got some sort of baking show on in the background while I work.

My favorite show lately has been Netflix reruns of The Great British Baking Show.

If you didn’t already know, I’m a little obsessed with all things British, anyway, so it makes total sense that I would watch them on TV, too.

There’s just something about the show that’s so fun and so different, aside from their quirky accents and playful mannerisms. The main draw for me, though, is the variety of cakes, breads, and pastries that are made on the show. They’re so elegant and complicated, they almost make American desserts seem lame.

Except when you actually bake some of those American desserts, you find out that’s not the case at all. I’ve never whipped up a homemade classic Boston Cream Pie, but after testing out my crème pâtissière making skills a la Mary Berry, I knew I needed something special to put it in. And while it may be simple, Boston Cream Pie is incredibly special.

What’s not to love about the 3 Cs – cake, custard, and chocolate? My favorite part about this dessert? The size.

Small desserts make my heart happy (probably the reason I love cupcakes so much.) The fact that this recipe is so easily scaleable makes it a total winner since you can make just enough cake for one dinner, or big enough for a dinner party.

The Hubs and I are committing to a lifestyle change that includes a personal trainer, so our diets need to shift into a smaller, more portion controlled realm. That doesn’t mean we’re not going to taste test everything that goes on the blog, though. Milk isn’t what it used to be – it’s not just meant for mixing with chocolate or drowning in cereal anymore. We love to use it as the base for our recovery shakes, mixing it with protein powder for quick meals after our workouts.

We’ve also been pouring it over oatmeal, then topping the whole thing with sliced bananas and nut butter for an on-the-go pre-workout snack.

Grabbing a glass when you just need a quick pick-me-up isn’t unheard of, either. Especially if you do end up mixing it with chocolate. Not only will the vitamins nourish your body, the throwback to your childhood will perk up your spirit a little bit, too! 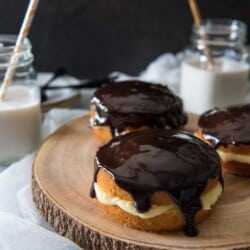 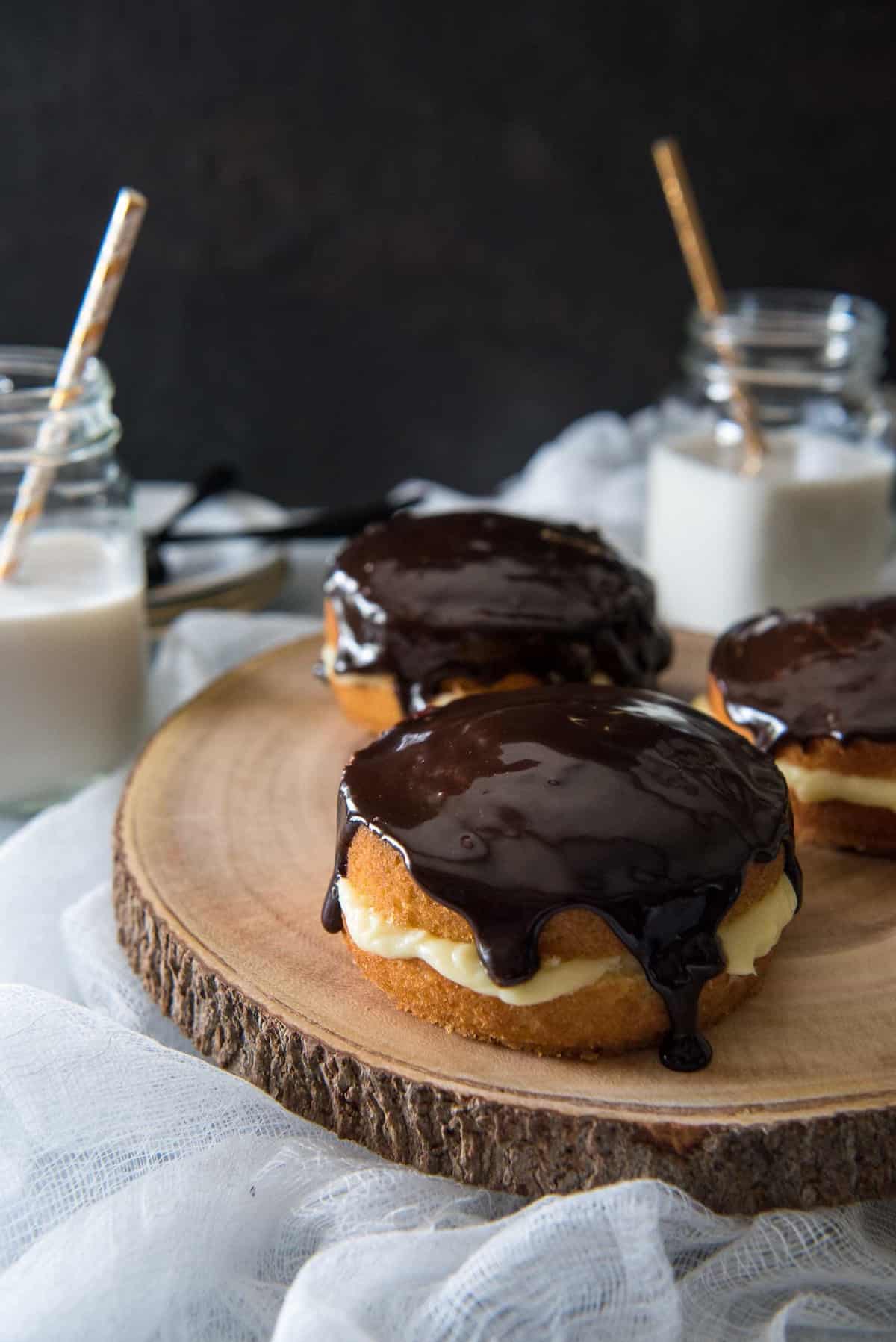 Looking for more cake? How about a few more milk recipes? 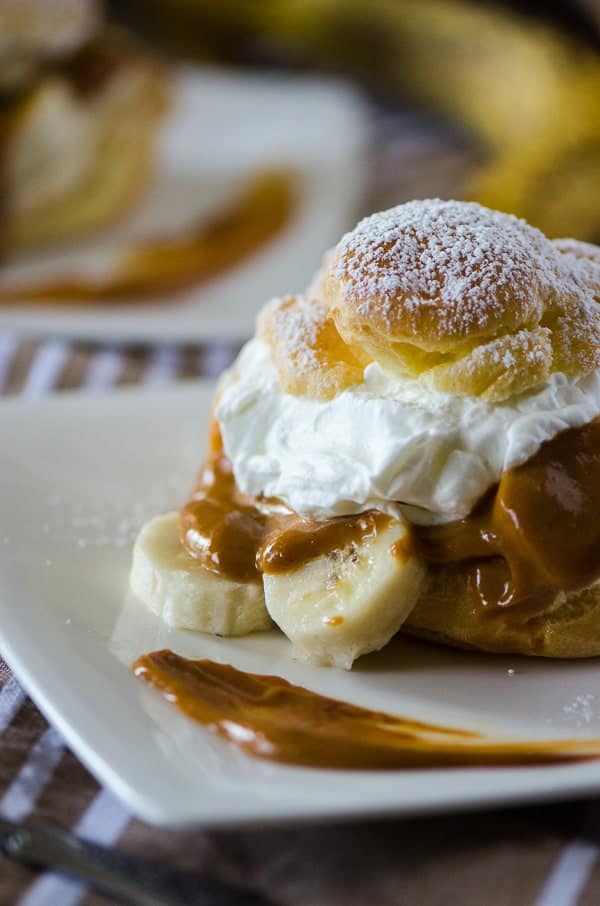 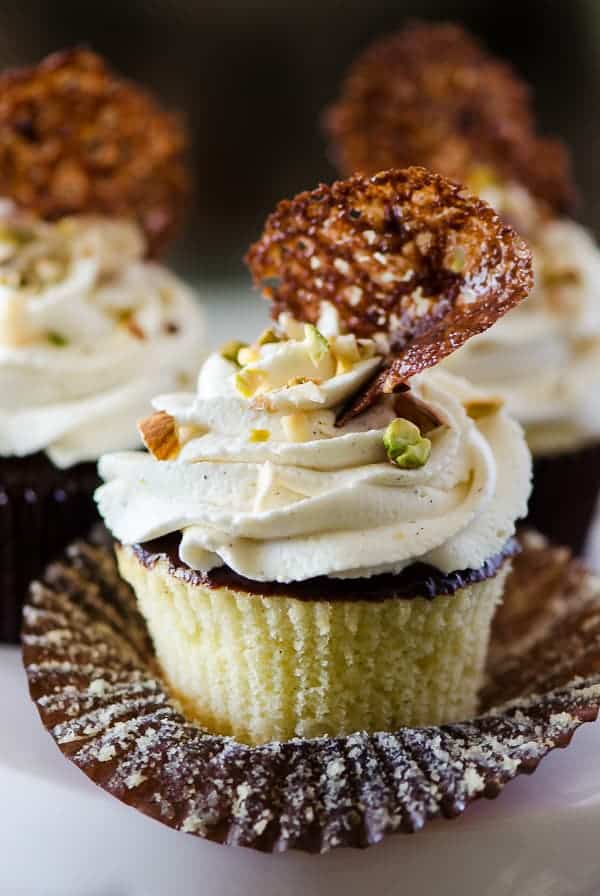