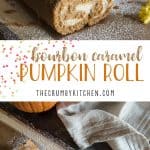 A fall treat with a boozy twist! This tender Bourbon Caramel Pumpkin Roll is filled with caramel cream cheese that’s been kissed with bourbon whiskey, then drizzled with more caramel for good measure! 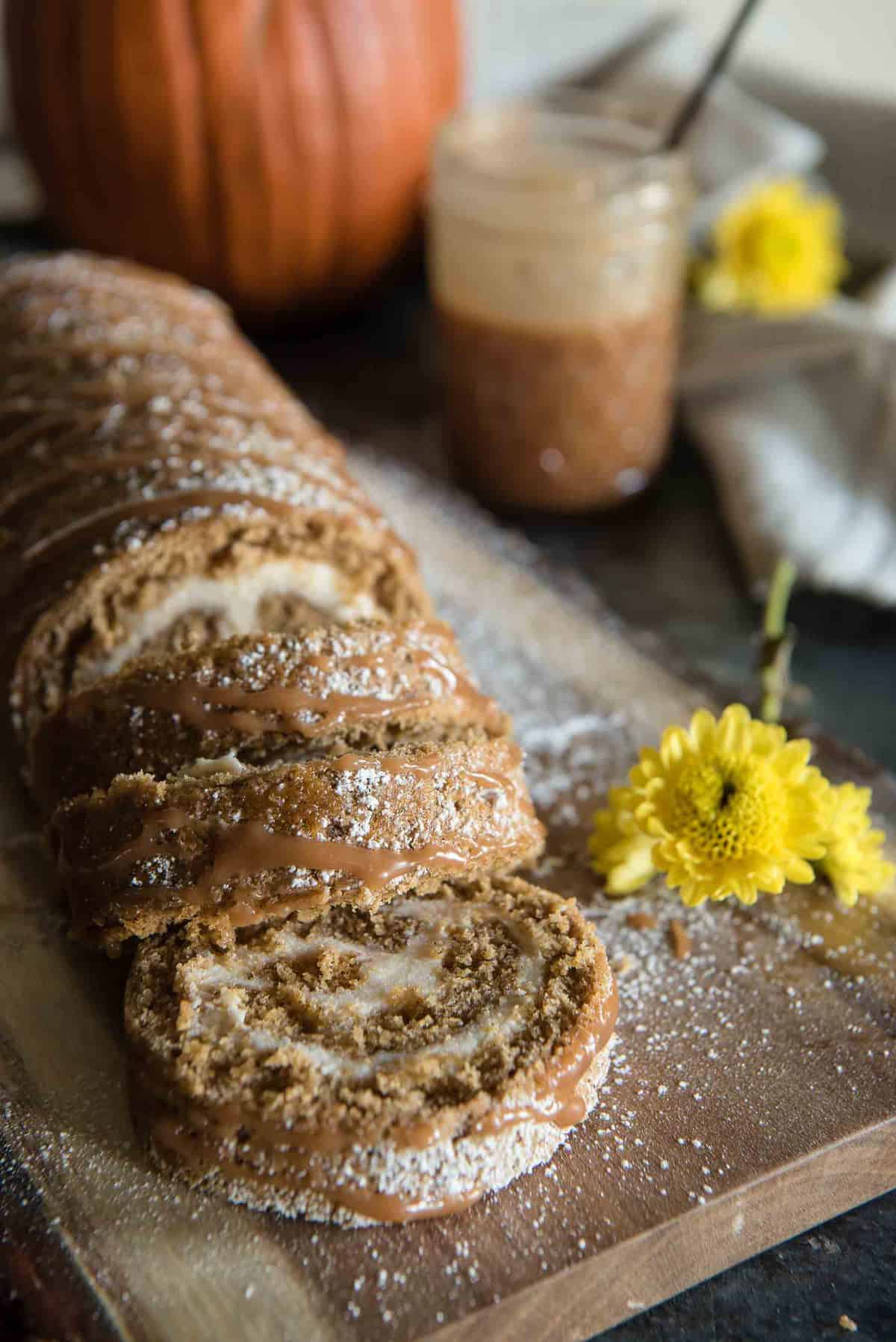 I’ve been waiting 10 months to make this thing. I’m pretty sure you’d have all hard side-eyed me if I shared it back in February, when I was really keeping myself from cracking open a can of pumpkin puree and just going for it.

That’s how bad I’ve been craving a pumpkin roll.

These things are required for a proper fall season, in my opinion. I’ve only ever made two kinds of cake rolls, and this is the only one I repeat every year.

Actually, this particular incarnation is a little different, thanks to my current bourbon obsession – which I ironically blame Utah for. 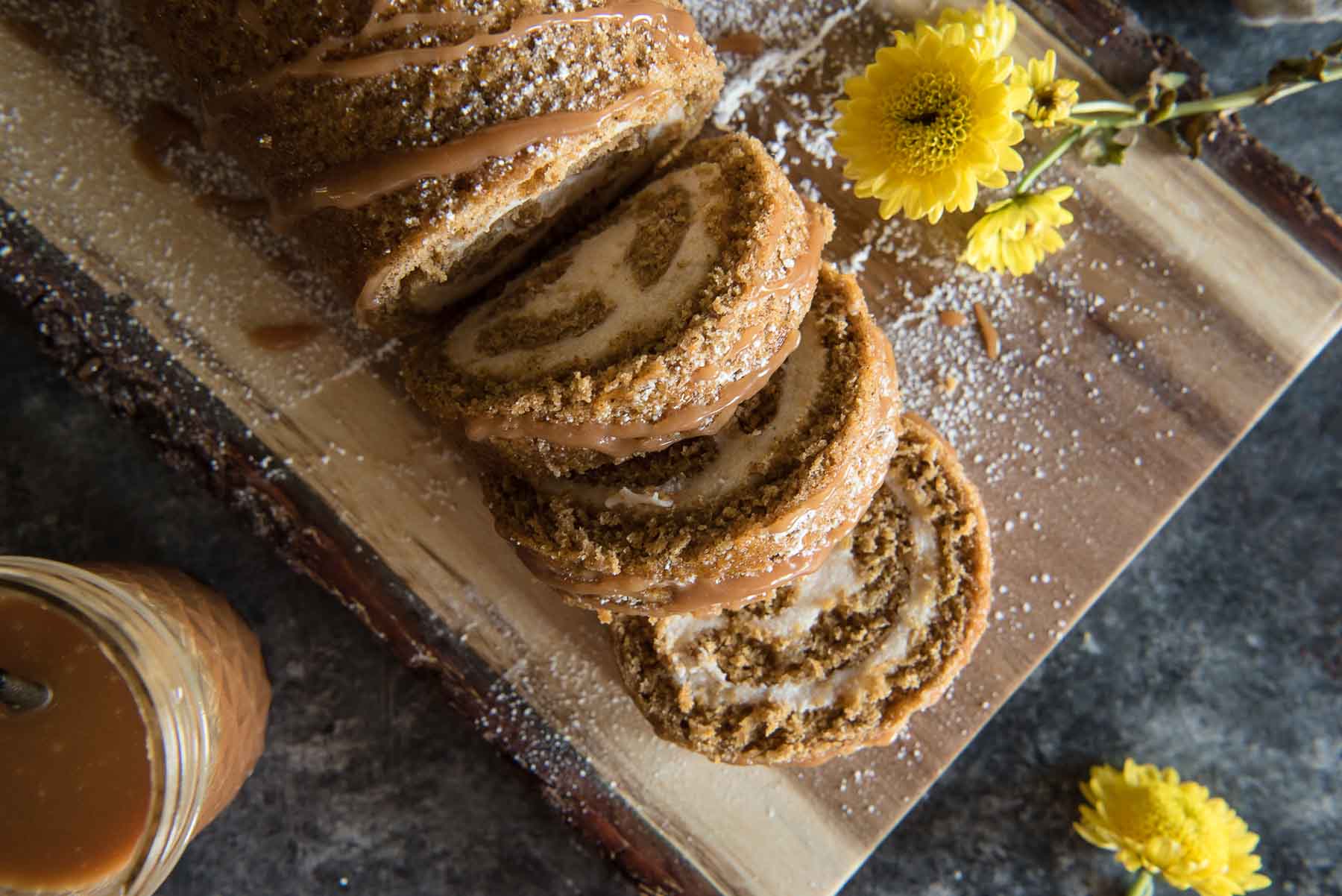 Once upon a time, back in May, Lara, Sondra, and I went to Salt Lake City for the Everything Food Conference (EFC), which was an amazing experience in itself. We also got to see a bit of the state and drove all the way to Nevada to check out the Salt Flats, but that’s another story, another blog post.

This is about bourbon.

Now…Utah is a pretty dry state. Not completely, but their liquor laws are pretty tight.

Only beer can be purchased in grocery stores, and you won’t find any with more than 4% ABV. Liquor is available only in state liquor stores. For a long time, you couldn’t even have your server at a restaurant bring you a drink while you were deciding on your meal.

Intense, but I respect that.

So, months prior to the conference, I did this crazy thing – I signed Lara and myself up to compete in EFC’s mini Cupcake Wars, hosted by the one and only Justin Willman from the actual show. Except I didn’t ask Lara, I just kind of…told her. I was still running The Crumby Cupcake at the time, and it seemed wrong not to at least apply. 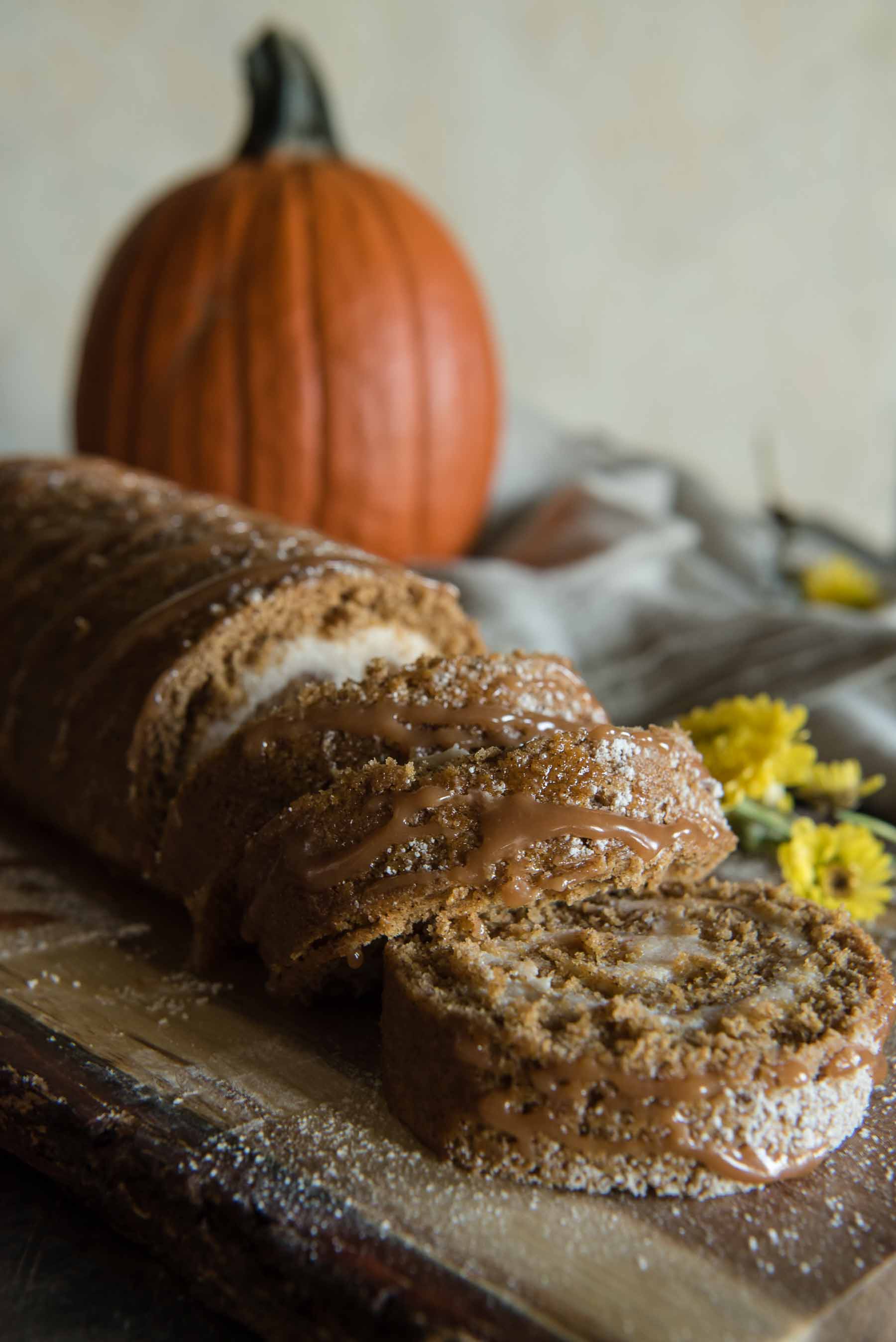 I had all but forgotten about the fact that I had when, a couple of weeks before we flew out, I got an email congratulating us on landing one of the 4 team spots.

Ugh. What the hell had I done?

As the weeks turned to day turned to hours, the anticipation of baking a dozen perfect cupcakes on stage in front of hundreds of people started to grate on me. It was also bothering the ladies on one of the competing teams – Anna-Marie and Lisa, fellow Floridians and friends of ours.

How did the four of us handle the stress, you ask? By skipping Cinco de Mayo dinner the night of the show, finding a pretty fancy pizza place nearby, and doing single shots of bourbon since they wouldn’t pour doubles.

Lara and I went on to win the whole thing. 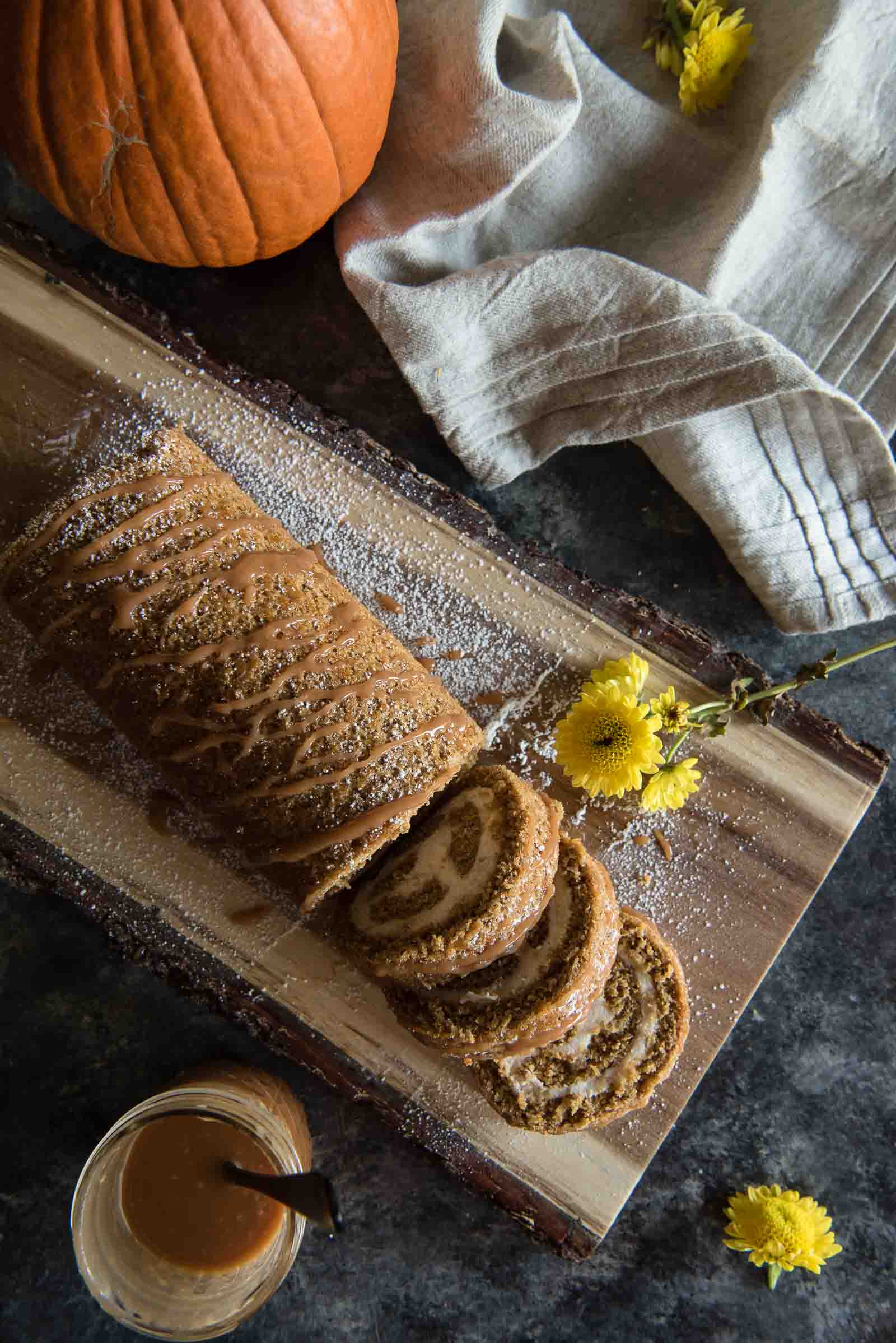 So bourbon? This pumpkin roll recipe is for you. 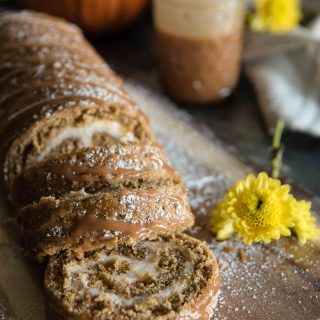 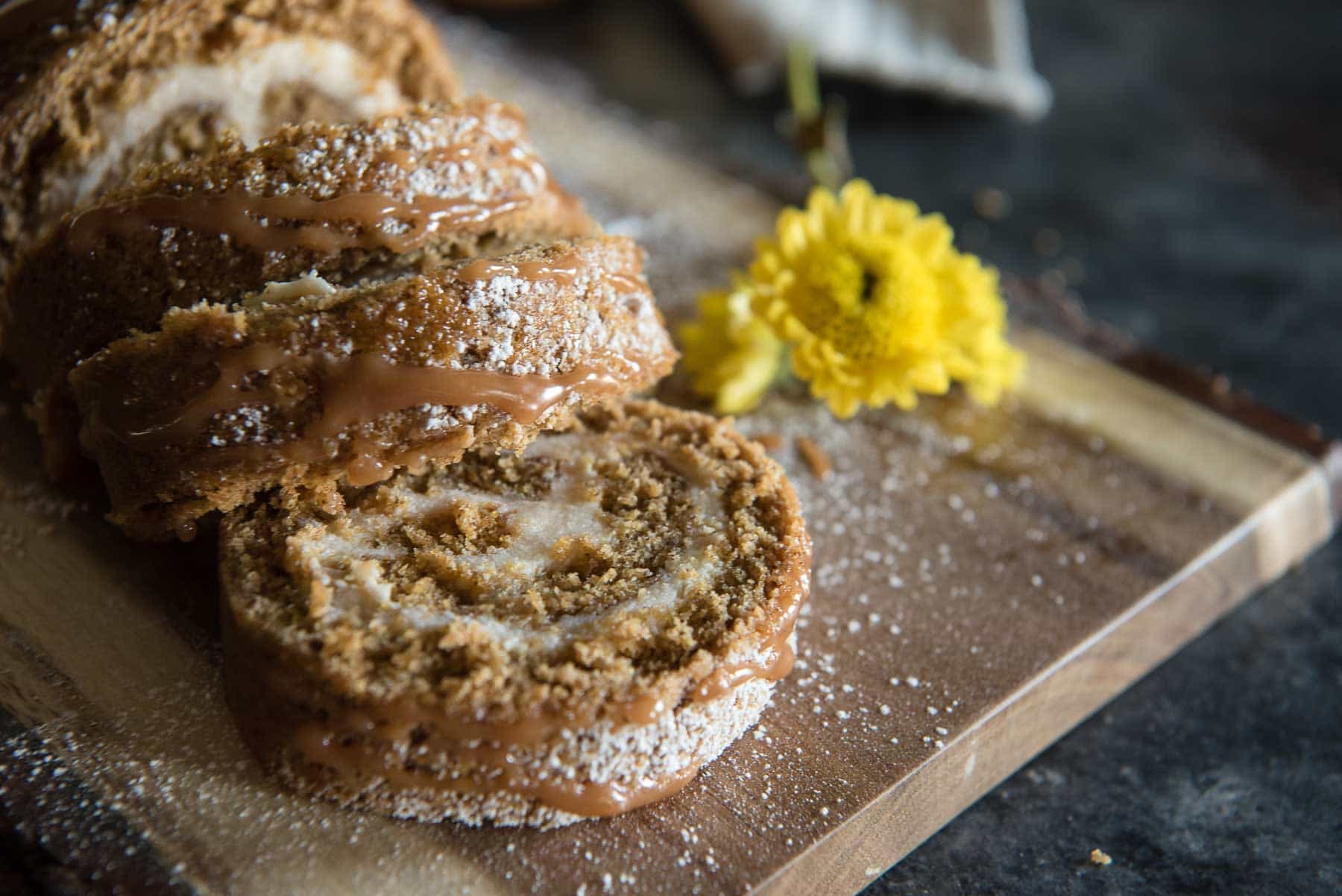 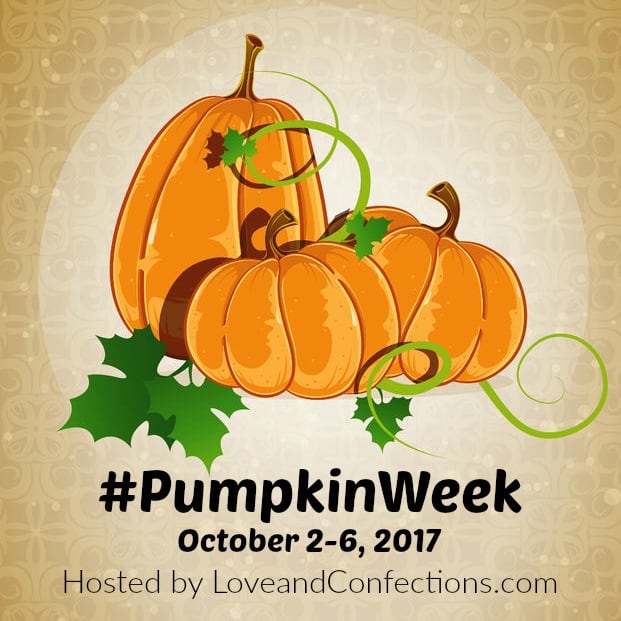 Pumpkin Spice Martini from Forking Up

There are SO many tasty pumpkin recipes coming at you this week! Why not try a non-pumpkin treat? 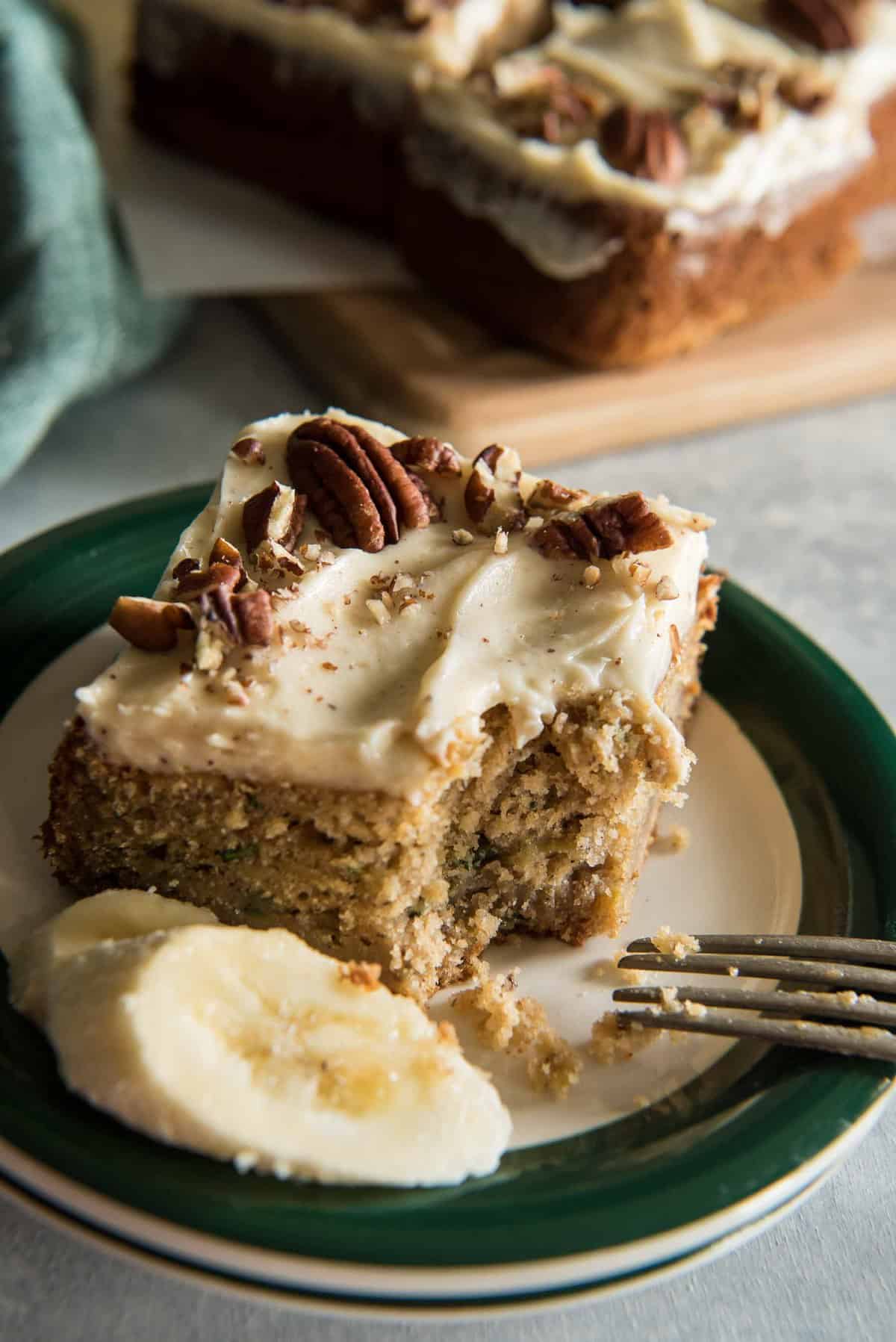 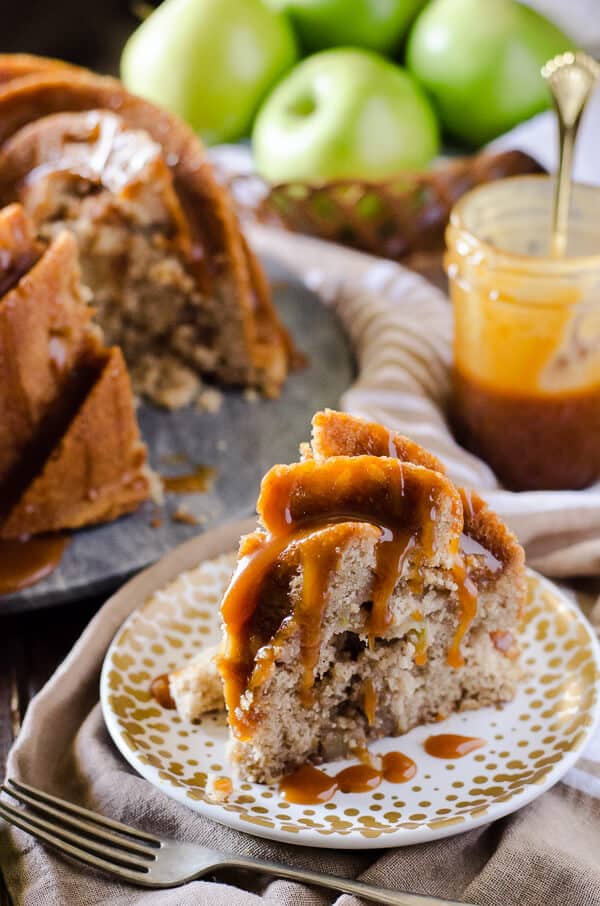