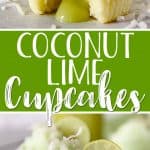 These Coconut Lime Cupcakes are the sweet-tart springtime treats of your dreams, and perfect for lovers of the tropics! Fluffy coconut-infused cupcakes are stuffed with tangy key lime curd, then topped with a crown of lime cream cheese buttercream and a sprinkle of flaked coconut. 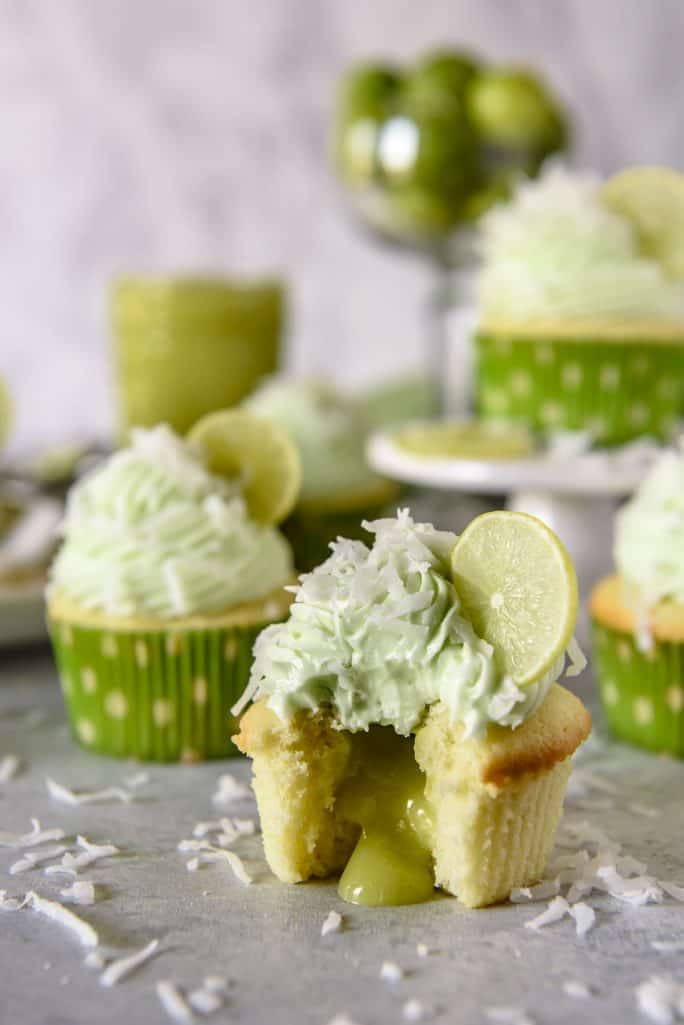 We are super excited to be working with Eggland’s Best in 2018 to create a dozen delicious sponsored recipe posts to keep you drooling!

Put the lime in the coconut and eat ’em both together.

Really, these cupcakes are the only appropriate thing to eat on this A) Monday, B) day after Easter, C) April 2nd WTF.

Make your own Coconut Lime Cupcakes! 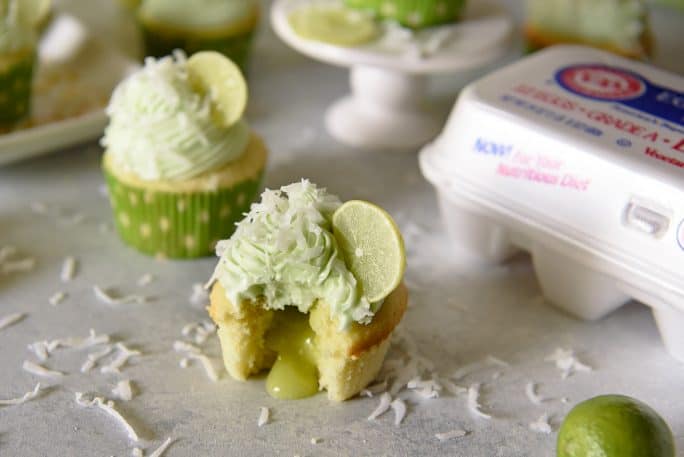 So seriously, is it really April already? It feels like I was just putting up my Christmas tree, and now we’ve zoomed past Easter and are hurtling towards another sweltering Florida summer.

Whether you enjoy these Coconut Lime Cupcakes outdoors or not, you’re absolutely going to feel summer vibes with every bite!

They start with a fluffy coconut cupcake base. When I say coconut, I mean COCONUT. These babies are made with FOUR forms of coconut. Milk, extract, and desiccated coconut are inside the cake, and the finished product is sprinkled with the sweet flaked stuff. Just saying – if you’re a coconut fan, you won’t be disappointed. 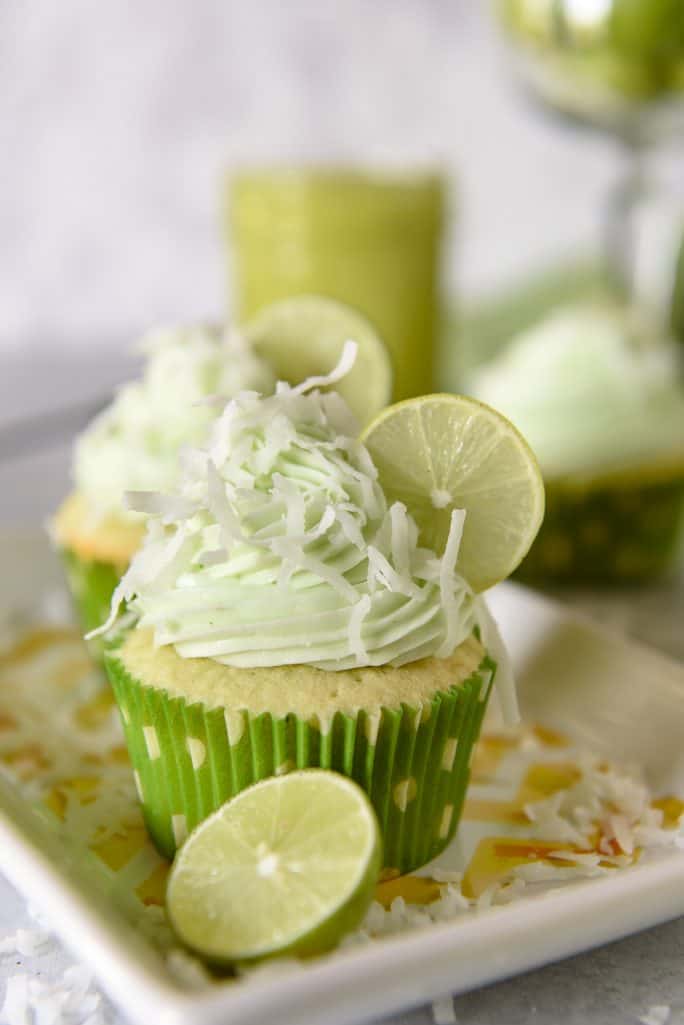 It’s what’s inside that counts.

My favorite part of these coconut lime cupcakes, however, is the filling. This homemade lime curd may very well be the best stuff on the planet. It’s mostly tart, but not unpleasantly so. You can adjust the sweetness based on your own tastes by adding more sugar.

Making it to include inside the cupcakes requires a little planning and some extra work, but believe me, it’s SO worth it.

The curd recipe makes much more than you need, but you probably won’t mind. You’re gonna be spreading it on pancakes and cookies, maybe drizzling it on fruit salad…it is some seriously good stuff. 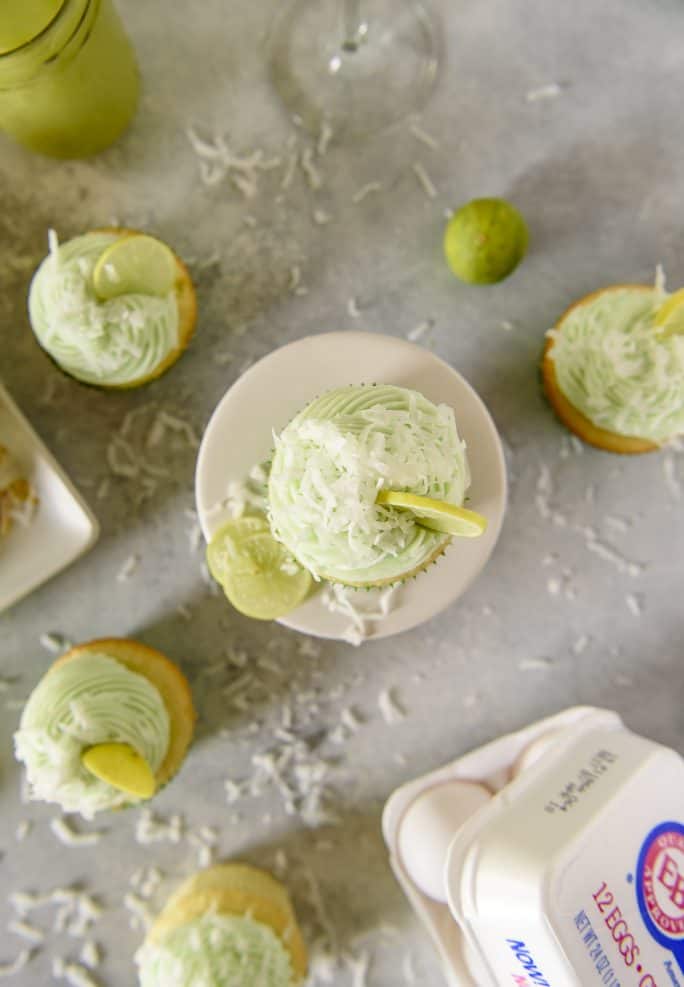 To balance the sweet and tart flavors of the cupcake and curd, I decided the perfect frosting had to be cream cheese-based.

Browsing through the cupcake recipes on this blog, you’ll probably notice that I’m a big fan of cream cheese frosting. I’ve never cared for American buttercream alone. I’d much rather mix it all up with some tangy cream cheese and cut down on the powdered sugar.

Adding some lime juice and zest to this cream cheese buttercream took it to a whole new level, and surprisingly it doesn’t overwhelm the coconut.

There’s plenty (a half dozen to be exact) of eggy goodness in these cupcakes, between the cake and curd. Using Eggland’s Best eggs in the lime curd and cupcakes means more omega-3s – more than double what an ordinary large egg provides.

Even though you may be eating an indulgent dessert, you can feel better knowing that you’re doing it the right way! Gobbling up essential fatty acids never tasted so good! 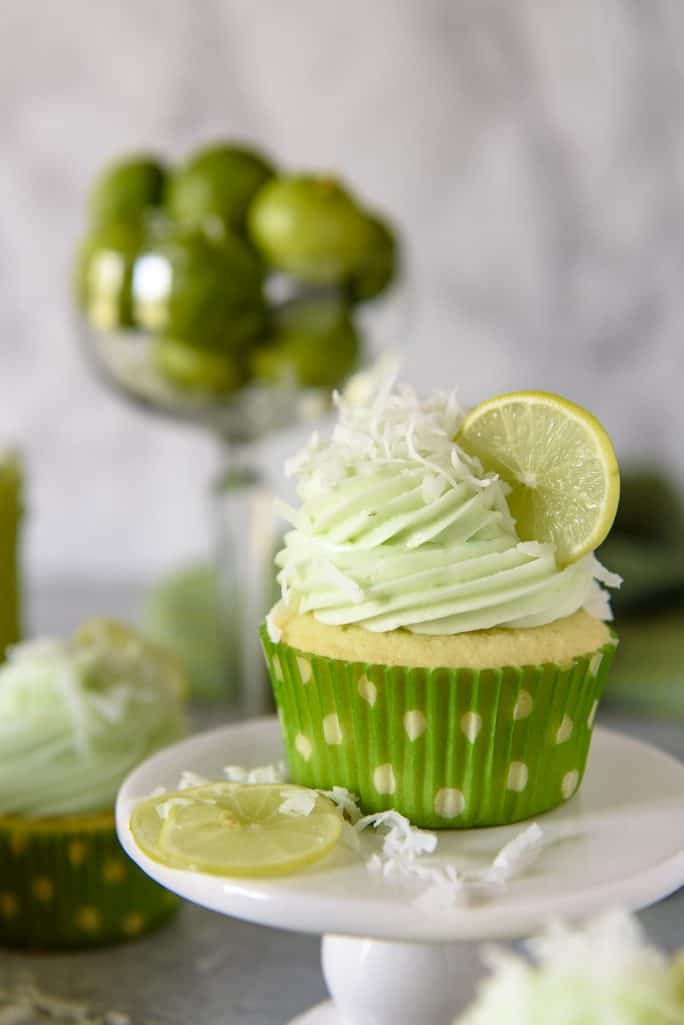 A few tips to make these key lime coconut cupcakes even better: 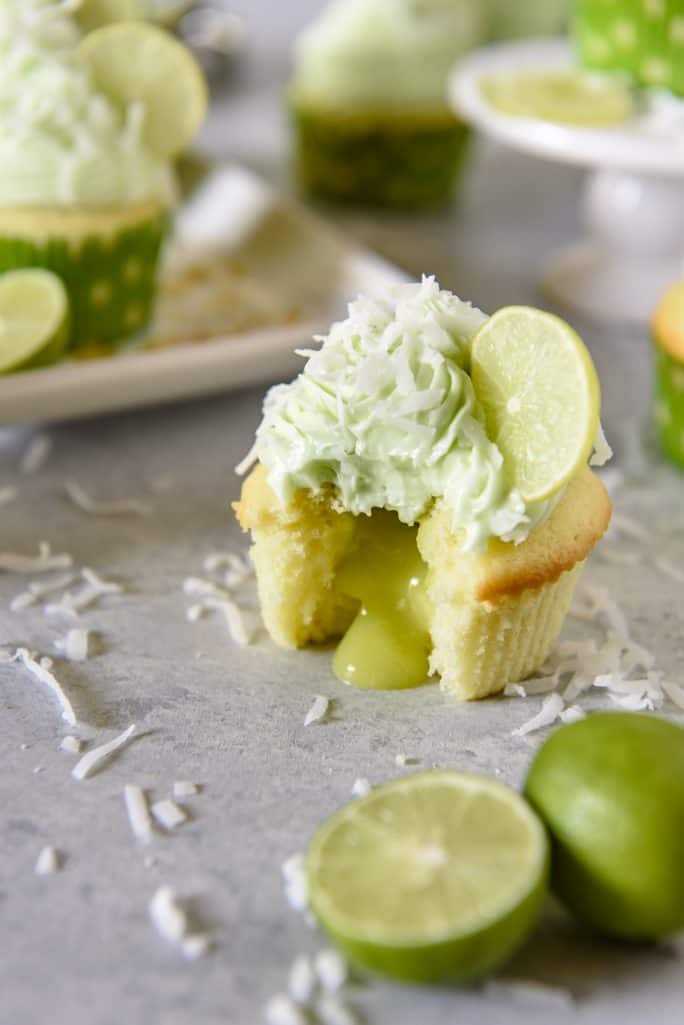 If you’re in love with coconut & lime together, you’ll adore these recipes! 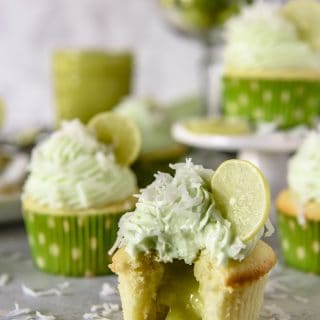 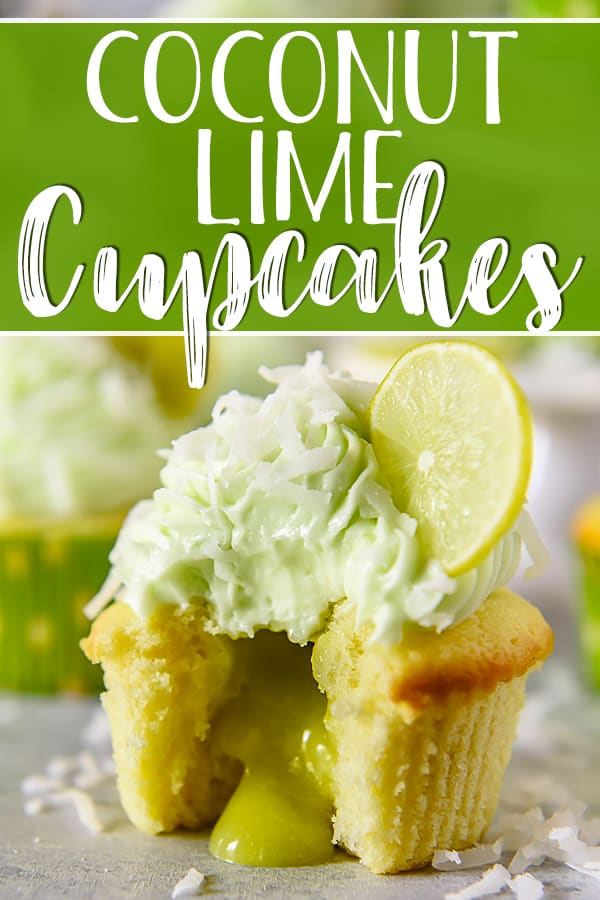